Popular Fairs and Festivals of India

You are here: Home > Blog > Popular Fairs and Festivals of India 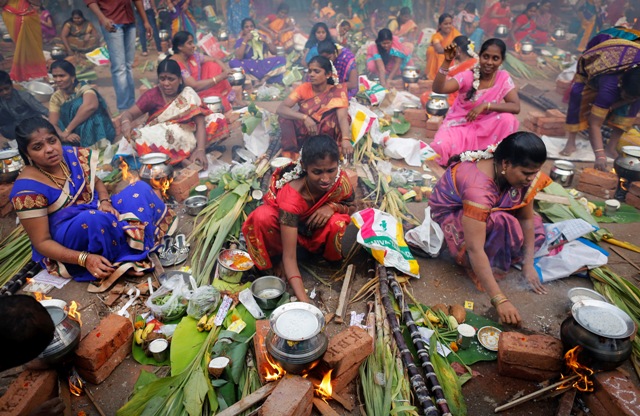 India is known as a Land of Festivals for its cultural and traditional festivals as it has many cultures and religions.  Every festival is unique in its way and One can enjoy the festival celebration in India every month. Due to its diversity in the religions, languages, cultures and castes each and every festival is celebrated uniquely in different ways according to the rituals, beliefs and its significant history behind. Be sure to celebrate the popular festivals while visiting the country to explore the prosperity of Indian culture and heritage.

Diwali is also known as the festival of lights and is celebrated by millions of people not only in India but around the world. It is a famous and important festival of the Hindu Community. All the places are decorated with lights and Diyas (Clay Lamps). Auspicious Pooja are performed at Homes and Temples and people wear traditional Cloths and Sweets are exchanged and crackers burned to mark the Diwali festival. Diwali festival normally falls in the month of October or November. Best places to witness the Diwali festival is the Northern Part of India especially Delhi, Agra, Jaipur and Varanasi.

Holi is a festival of Colours. The vibrancy of colors is something that brings in a lot of positivity in our lives and Holi being the festival of colours is actually a day worth rejoicing. Holi is a famous Hindu festival that is celebrated in every part of India with utmost joy and enthusiasm. On the day of Holi people throw wnd apply colours on each other. Holi is celebrated in the Month of March every year. Best place to witness the festival is Mathura, Vrindhavan, Delhi and Udaipur.

Dussehra also known as Vijayadashami is another major Hindu festival celebrated in India during the month of October or November at the end of Navarati. This festival is celebrated to commemorate the victory of Lord Rama over the demon Ravana or in other words victory of Good over Evil. In North India it is celebrated by flaming the effigies of Ravana, Meghanatha and Kumbhakarna. With this burning, the play Ramleela, displaying the story of Ramayana, also comes to an end. In Kullu Valley, Himachal a large fair is organised, and half a million people visit the parade. In Mysore, several fairs and cultural performances are organized. The grand parade of bedecked elephants and guards sitting on a horseback, escort the idol of Goddess through the city. Best place to witness the festival is Kullu, Mysore, Bhopal and Varanasi.

Onam is a annual harvest festival celebrated in the South Indian state Kerala and takes place every year during the end of August or beginning of September. The festival is essentially celebrated by the people to welcome the homecoming of their dearest legendry King Mahabali into their homes. People decorate their homes with flowers and many functions are organised like boat racing, music and dance activities and the most important is the Sadhya (feast) which all family members have together with some of the great south Indian food. Best place to witness the festival is Kerala

Maha Shivratri, which literally translates to “great night of Shiva” is a Hindu festival celebrated in India and Nepal and is dedicated to the destroyer, Lord Shiva. This festival is celebrated by visiting temples and offering prayers to please the lord Shiva and even people fast the whole day to show their devotion towards the Lord. Best place to witness the festival is Haridwar, Ujjain and Varanasi.

Lord Krishna’s birthday is celebrated as Janmashtmi mainly in Northern India. The festival is observed especially in Mathura and Vrindavan, the birth place of Lord Krihsna. On the preceding day devotees keep a vigil and fast until midnight, the traditional hour of his birth. Then the image of Krishna is bathed in water and milk, dressed in new clothes, and worshipped. Temples and household shrines are decorated with leaves and flowers; sweetmeats are first offered to the god and then distributed as prasada to all the members of the household. Best place to witness the festival is Mathura and Vrindavan.

Eid is a major festival for Muslims in India. The festival is marked by people visiting the mosque for an auspicious prayer and wearing new cloths and preparing delicacies. Eid-ul-Fitr marks the end of Ramadan (Ramjan) when the Muslims break the fast. Eid is celebrated with holy fasting and offering prayers. It ends with joyful feasting. Best place to witness the festival is Delhi, Lucknow, Mumbai and Hyderabad

Celebrating the reign of good over evil, the festival celebrates the victory of Goddess Durga over Mahishasura. Decorated idols of Goddess Durga are placed on decorated huge Pandals for workship. Daily prayers and pooja are performed by priest and people gather to pray during the aarti ceremony. In west Bengal Durga pooja is celebrated with full joy and enjoyment. People keep various fast to please the goddess. Best place to witness the festival is Kolkata and Delhi.

Raksha Bandhan is a special Hindu festival which is celebrated in India and countries like Nepal to symbolize the love between a brother and a sister. The occasion of Raksha Bandhan is celebrated on the full moon day of the Hindu luni-solar calendar in the month of Shravana which typically falls in the August month. On this day, a sister ties a rakhi around the wrist of her brother in order to pray for his prosperity, health and well-being. The brother in return offers a gifts and promises to protect his sister from any harm. Best place to witness the festival is Agra, Rajasthan and Madhya Pradesh.

This fair is held every year in November at the time of the Kartik Purnima Full moon. This fair is one of the biggest livestock fair in India that attracts thousands of camels, horses and cattle and visited by over 400,000 people over a period of around fourteen days. Special Camps are placed around Pushkar to accommodate the inflow of tourist during this fair. Special events and activities are also organised like camel racing, Folk Dances and Music.

Hemis festival is celebrated annually in Ladakh mainly in the month of July. It is a two-day festival hosted at the Hemis Gompa Monastery to celebrate the birth of Padmasambhava, the founder of Tibetan Buddhism. Hemis Festival is one of those festivals that reflect the history and tradition of Buddhist culture.

Desert Festival Jaisalmer is an annual event that takes place in February month in the beautiful golden city of Jaisalmer. The festival is celebrated amidst the beautiful dunes of the Thar Desert in the Sam dunes. The Festival is organised to give tourist a glance of the imperial state culture of Rajasthan.  The Major attractions of this festival are the Disharmony of Rajasthani art, folk dance and music, Camel races, longest mustache competition, turban tying and making more activities.

Pongal is a harvest festival dedicated to the Sun God. It is one of the most popular harvest festivals of Tamil Nadu. Pongal falls in the mid-January every year and marks the auspicious beginning of Uttarayan – sun’s journey northwards. Pongal festival lasts for four days. This four days long festival of Tamil Nadu is celebrated for showing gratitude to nature. The literal meaning of Pongal is “spilling over” and it had been named so, because of the tradition of boiling rice in a pot until it starts overflowing.