India as a Travel Destination for Travellers

You are here: Home > Blog > India as a Travel Destination for Travellers 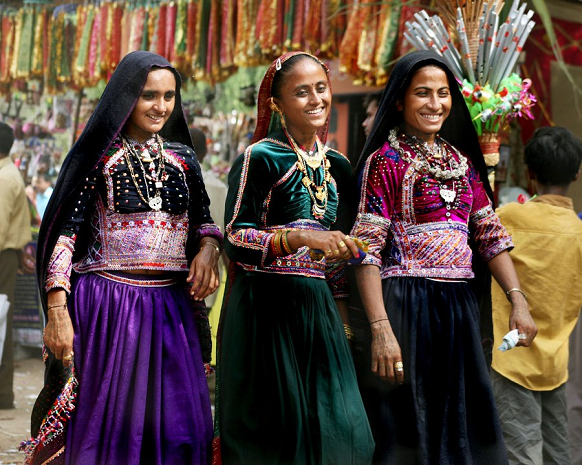 When the question is asked why to choose India as a travel destination by many travellers , the first thing which comes to my mind is why not, what is it that is pulling once mind back to not travel to India. Is it the negative comments they heard about India from any source or publication or by any other medium, then your decision is wrong. Print your first step on the Land of India which inherits in it the rich and traditional Culture, Value, Heritage and most importantly the Hospitality which it showers on his guest.

The saying among Indians goes like that “Athithi Devo Bhava “. The guest is God.  And that can been seen among the hospitality which is shown by the people of India.  Indian’s consider it a huge honor to have guest at their home and to go their way to please them. It is with this reason many homestay like accommodation have been come up in the past years. One may find many homestay accommodation in various parts of the India, where family rent a promotion of their home to traveller so that they can feel the original essence of that place and many travellers who do not prefer to stay in big modernized Hotels, the home stays is a big solution, And its not like that you get to have budget Homestay where you get basic facilities. There are different categories of homestays ranging from the cheap to the best at times beating the best hotel in the town.

India as a travel destination there is a lot to be explored. As a travel agent I must stay that Indian cannot be explored in one visit unless you have quite a few months of leave at one go. The reason been not to explore India at one go is because as compared to other Asian Countries, India is a Huge Country with  29 States and 7 Union Territories and in each state you may find use of different Language, Culture, Customs and Food. India as a travel destination can offer you various types of holiday, whether it be a Cultural Holiday, a Beach Vacation, a Nature Holiday, a Wildlife safari, you name it and India can offer it.

Often tourist thinks India as a backpacker destination with Small Hotels and dirt everywhere, with cows on the streets. But that’s not the reality. India as a travel destination opens his arms to both budget travellers to the Luxury Travellers.  The Luxury segment of India offers to his travellers some of the mesmerizing accommodation such as Palaces and world renowned hotels chains of Oberoi, Taj, The Leela you name the brand and it’s in India. Now even the backpacker hostels are also fully furnished with Modern Facilities, Clean and Welcoming!

Tourist in India gets a chance to see, explore and study the Rich Indian Culture, Tradition and Heritage. The culture of India is one of the oldest and unique. In India, there is amazing cultural diversity throughout the country. The South, North, and Northeast have their own distinct cultures and almost every state has carved out its own cultural niche. There is hardly any culture in the world that is as varied and unique as India. India is a country having variety of geographical features and climatic conditions.

As a tourist the first glimpse of Indian Culture you will experience when you land in India and is been greeted with “The NAMASTE”.  It literally translates to ‘I bow to you’, and greeting one another with it is a way of saying ‘May our minds meet’, indicated by the folded palms placed before the chest. India is also a country of festivals. It is mainly because of the prevalence of diverse religions and groups. The Muslims celebrate Eid, the Christians have Christmas, good Friday and so on, the Sikhs have Baisakhi (harvesting of crop) and the birthdays of their Gurus and the Hindus have Diwali, Holi, Makar Sakranti, the Jains have Mahavir Jayanti, the Buddhists celebrate the Buddha’s birthday on Buddha Poornima and the Festivals are is endless. You may get to see the age old Heritage Forts and Temples dating back to many centuries. There may be restriction at some temple to enter but it can be explored from the outside. Other thing which the visitors marvel in India is the magnificent architecture found all over the country. India is the home to one of the Seven Wonders of the World “ Taj Mahal”. Millions of people around the world pays visit to the symbol of love to see its Beauty and architecture style.

The other traditional thing which can be seen in India is the Indian Ethnic Wear. Ethnic clothing is just one of the things that distinguish one part of India from the other. Each of the traditional outfits in India symbolizes different societies in India. When you take a look at the northern part of India you can discover ladies in salwar kameez and men in kurta pajamas. Aside from the traditional saris the salwar kameez is a standout among the most famous dress in India among women. In the Southern part of India you can see ladies in saris that have been draped in different styles by different individuals of cultures and men can be found in dhoti or as it is called in south as mund.

Indian food and cuisine not only form an integral part of Indian culture but are also one of the key factors of India’s popularity worldwide. The style of cooking varies from region to region, though unanimously, Indian food has a major reputation for its extensive use of spices and herbs. Just like dances, religious practices, language and clothes, you will also find a wide variety of food throughout the country. Almost every region is known for a signature dish or ingredient

India is also famous among the Business Travellers from around the world. India as a destination offers the entrepreneurs to have their business meets met and in addition they get the time to explore the country as a Tourist.  India has many irresistible items. The handicrafts are particularly eye catching and well made. Each region tends to specialize in a particular industry that’s been handed down over generations.

For a Spiritual Tourist Indian could be the best destination to explore Spirituality. India can rightly be called the ‘Land of Faith’. Temples, churches, mosques, monasteries and gurudwaras in large numbers beckon travellers to visit a secular country that is tolerant and unified in its diversity. Some of the spiritual tourist destination of India is Haridwar –Rishikesh, Varanasi, Dharamshala, Amritsar, Uttarakand and many more. There are ashrams situated where visitors can stay and attain the Spirituality. Yoga is the much appreciated and attractive one amongst the all. Yoga is a combination of the physical, mental, and spiritual practices or disciplines. There are many Yoga Ashrams in India which strive towards healing the mind as well as the body. The ashrams range from five-star accommodations to basic dwellings, but each one offers the path to enlightenment for the spiritual seekers.

So next time you thing of a Holiday in India, don’t just think. Book your holiday and pack your bag and embark on a life time memorable tour of India.